What is a Roadster Car?

This is an open two-seater real sports car, which is dedicated solely to driving pleasure.

In the 50s and 60s, the roadster was of great importance, especially in England and Italy (known here as the "Spider"). Well-known models were called Triumph Spitfire, Morgan Plus 4 or the Alfa Romeo Spider.

Distinctive features at that time were two seats, the rear-wheel drive and the soft top. It was originally designed without a roof and has a particularly strong chassis, which is designed for high performance.

In contrast to the convertible, a roadster car has a completely different construction, he has an independent body and, as a rule, is not based on a modified body shape of an existing vehicle model. Instead of comfort, low weight is paramount.

So, these are not the car models that already exist, where you just removed the roof or designed it to be foldable. The roadster is undergoing its own development and has an independent design.
However, there may be a series that moves from a sedan to a coupe and offers additions to the convertible and roadster.

The term roadster refers to an open, two-seater road car with a low seating position almost at the level of the road ("road").

The name comes from the UK and dates back to the beginning of the 20th century, when roadsters still drove on roads without a hood and windshield. Often there was only one emergency seat in the back.

Later, warning alarms were added. Comfort is a secondary matter in a classic roadster. In the foreground is the puritanical pleasure of driving.

The most famous manufacturers were and still are MG, Jaguar, Triumph and Austin-Healey.
However, modern variants from mass manufacturers, such as Audi TT Roadster, Mercedes SLK or Mazda MX-5, should also provide drivers with sufficient comfort and suitability for everyday use. 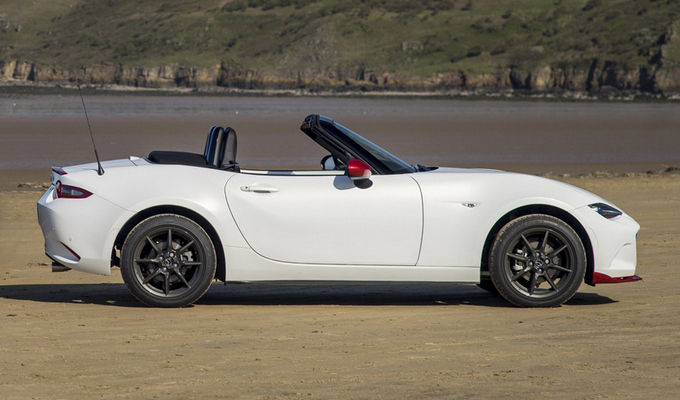 However, today everything is much more complicated. Today, instead of fluttering scraps of fabric, folding composite roofs turn a roadster into a sealed coupe at the touch of a button. Once classified as cars for real guys, modern roadsters are very popular, especially among women. Also, low weight is a thing of the past.

Once 1000 kilograms was considered the maximum upper limit, today most open two-seater cars easily exceed the limit of 1.4 tons. Today's fabric covers are so thick and high-quality that roadster drivers no longer have to put up with any disadvantages in terms of noise and tightness of the cabin. The roadster car has become a real year-round car.