What is a Truck?

A truck car is a commercial vehicle used to transport goods. For transportation carried out by logistics companies, trucks with a total weight of more than 3.5 tons are usually used, so a special driver's license is required for the driver of such a truck.

Motor vehicles for the transport of goods which have a gross vehicle weight of less than 2.8 tonnes and special vehicles such as large dump trucks, heavy goods vehicles or large mobile cranes are not referred to as trucks.

The first truck car for freight transport was the Phoenix model of the DMG (Daimler Motors Corporation) from 1896.
It had a 2-cylinder four-stroke petrol engine with 16 hp. Truck series production started in 1903.
The first diesel engine, invented in 1893 by Maschinenfabrik Augsburg (later MAN), was first used in a truck in 1923.

Trucks differ, on the one hand, in the composition of the vehicle itself, as well as the types of goods that can be transported by road. At the same time, depending on the type of transport, the corresponding type of truck is used.

Different types of trucks are used to transport a wide variety of goods. The flatbed trailer is the simplest and most flexible option and is a flat loading platform, which is usually supplemented with side walls and a tarpaulin.

A closed trailer (van) is a platform closed by fixed side walls, which is usually equipped with doors that open from the rear. Liquids or pellets that cannot be combined into suitable containers are transported in tanks and silos. When using a replacement body, such as a container chassis, the entire body can be loaded and unloaded. At the same time, the containers can be installed on the truck chassis and firmly fixed with a special cable.

The brakes of most trucks are compressed air. While drum brakes used to be widely used, disc brakes have become popular since the 1990s. In contrast to that of a passenger car, the handbrake has a pressurization of the brake cylinder. This serves to prevent failure of the brake in the event of pressure loss. On downhill sections, truck drivers use the engine braking power in particular. This counteracts the wear of the brakes. Since the 1980s, all trucks have been equipped with ABS. 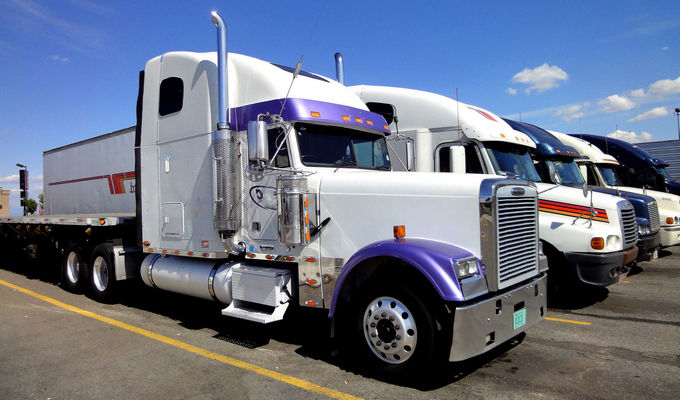 Advantages and disadvantages of the truck car

The primary advantage of the truck car when transporting goods is its flexibility. It can be used as a means of transport independent of the rail network and specified routes.
Another advantage is its customizability. The truck car can be adapted to different types of goods, which allows a gentle and safe transport.

These characteristics make it an unrivalled companion in freight transport. In long-distance transport, it competes with shipping and rail transport. The logistics costs of a truck are mostly lower, since it is not tied to a place and time.

Road wear by lorries causes high costs, which often cannot be covered by the levies. Noise pollution and pollutant emissions are further disadvantages.

Trucks play a crucial role in the commercial vehicle industry. Their universal applicability for the transport of almost all types of goods gives them a flexibility advantage over rail and ship transport. The numerous truck car versions and special vehicles ensure that the right transport vehicle is available for every application.

Other transport methods are mostly dependent on the combined use of trucks. With various methods, trucks can also contribute to the success of transhipment in ferry and rail freight transport as efficiently as possible, while at the same time keeping pre - and on - carriage on the road low.