History of the National Flag of China

The flag of the Chinese Empire was monochrome yellow and featured a blue dragon in the middle. The color yellow is the color of the Manchurian people and also of the Manchurian Qing Dynasty, which ruled China from 1644 to 1912. The dragon represents the East. A flag in the European style was introduced only in 1880. Previously, the Chinese flags were shaped like pennants.

In 1912, the monarchy was overthrown and a republic was proclaimed. In this regard, a new national flag of China was introduced. It had five horizontal stripes of red, yellow, blue, white and black.
The five colors should represent the five main nationalities of China: red = Han, yellow = Manchu, blue = Mongolian, white = Tibetan and black = Turkestan (Uyghur). 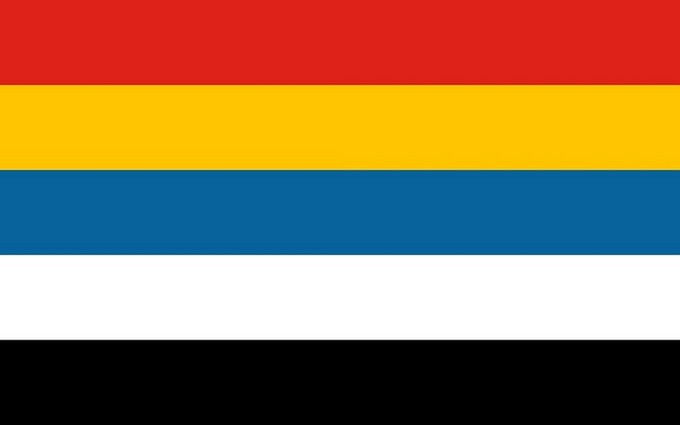 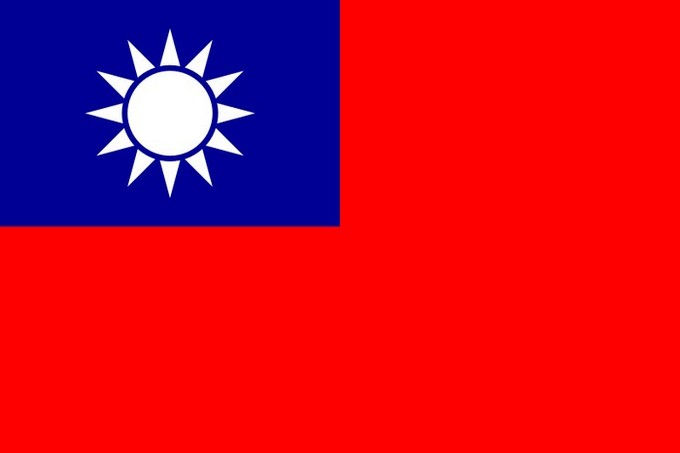 In 1935, the Communists managed to establish themselves in Shanxi province. Their "People's Liberation Army" used a monochrome red flag with a gold star in the upper corner and with the numbers "1" and "8". They commemorate the founding date of the force, August 1, 1928. This flag is still the navy and war flag of Red China. 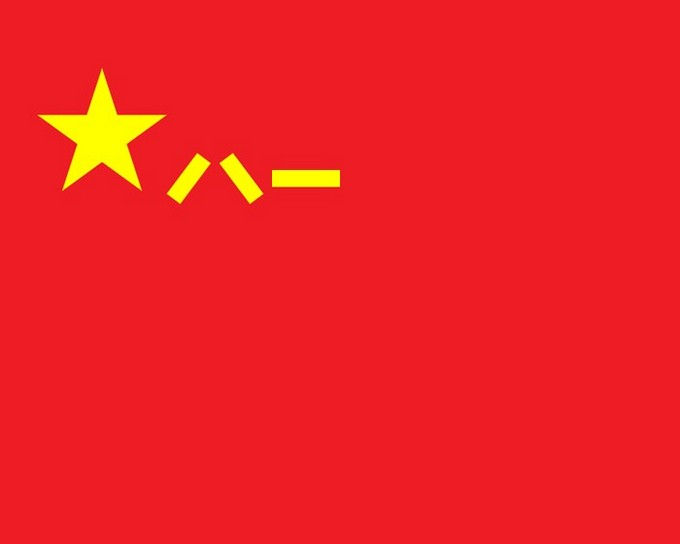 In 1931, Japanese troops occupied Manchuria and created a satellite state of Manchukuo. In 1937, the Second Sino-Japanese War occurred, and Japan occupied large parts of China. In Nanking (Nanjing), a Projapanese government was set up for China until 1945, the year of the departure of the Japanese. It continued to use the Guomindang flag, but added a yellow pennant, which included the words: "Peace and Anti-communism".

In the ensuing Civil war, which lasted until 1949, the Communists opposed the Guomindang duch. After the defeat, the government evacuated to Taiwan. The island still uses the flags of the Guomindang.

On 01.10.1949 the People's Republic of China was founded by the victorious Communists, and a new national flag of China was introduced. It is monochrome red with one large and four small golden five-pointed stars in the upper corner. The red stands for communism, but also still for the Han.

Description of the National Flag of China

The big star on the national flag of China stands for the leadership of the communist party. The four smaller stars represent the four classes: proletarians, peasants, intellectuals and the Chinese army.

According to Mao Zedong, these four terms are characteristic of the four groupings that make up the Chinese people.
In China, the number five (five stars are) also has a traditional meaning. There are five rulers, five colors, five elements, five virtues.