How to Take Good Photos and Pictures with Phone

Smartphones are much more than just devices that users can use to make calls and surf the Internet. The cell phone camera in particular now plays a major role in the purchase decision, as it often replaces the classic vacation snaps.

However, the best cell phone camera is useless if users do not observe some basic rules when it comes to photography. Because inexperienced snapshots rarely result in good photo results. With these tips and little tricks, you can take good photos with phone effortlessly.

The Smartphone is a device that we take into our hands very often during the day. The camera lens may get dirty quickly due to fingerprints, deposits or dirt. Therefore, the lens should always be cleaned before taking the photo. A lint-free cloth (microfiber) is best for this, but in case of emergency a handkerchief or the sleeve can also be used.
Notice: the glass should be cleaned with caution so that it does not scratch.

The majority of mobile phone cameras do not have an optical zoom lens. Due to the flat design of the smartphones manufacturers use an digital zoom instead. In digital zoom, only a certain part of the image is enlarged, which makes it pixel and blurry. In terms of photos quality, the photographer should therefore become a zoom himself. This means that instead of digitally enlarging the image section, users should approach the subject. Depending on the chosen subject, the rule applies: the closer, the better.

For some mobile phones, the camera app does not set the full resolution by default. The smaller the camera resolution, the less storage space the photos need, but higher resolution photos are better suited to print them later or edit them later. You should also pay attention to the image format if you want to take good photos with phone.
Because it often happens that the highest resolution is only available in 4:3 Format. However, the 16:9 Format is better for viewing photos on a TV or screen. This is often only offered with fewer megapixels.
The camera apps provides information about resolution and image format.

Turn on the flash for better lighting

The flash of a mobile camera does not help if the photo subject is a few meters away. However, if the photographer wants to take close objects or even Portraits, it can be helpful - depending on the light situation - to turn on the flash. As a result, the foreground motif not only stands out better from the background, it is also ideally illuminated. However, caution should be exercised in the case of reflective or other smooth surfaces, as the flashlight can appear unsightly on the subject. A solution to the problem may be to change the angle of the image or to use an external source with diffuse light. This will help you take good photos from phone.

The light can determine whether a photo succeeds or not. Similarly, certain lighting conditions can significantly affect image quality. In the great outdoors, the so-called "Golden Hour" is best suited for taking photos. About an hour after sunrise or an hour before sunset there is the best photo light. In these time windows, the landscape gets structure and depth through the long shadows. In rooms, the photo objects should be illuminated as required by external lamps or with the aid of the flash. Shots against the light are taboo. In some cases, it can help to easily change the focus of the camera via the touch screen to adjust the lighting.

To take good photos with phone, switching on HDR mode can also help. HDR stands for High Dynamic Range and combines several images into one photo. As a result, a harmonious brightness distribution is achieved and too strong contrasts as well as too dark or light surfaces are avoided. 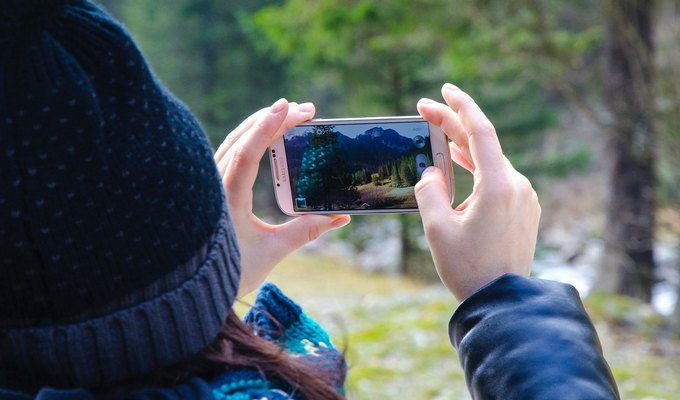 To take good photos with phone, try taking several pictures of you subject. You can sort out unneeded photos later via the delete function.
Even professional photographers trigger several times in a row and decide, in retrospect, for the best image. Sometimes it can also help to slightly change the viewing angle, for example by taking a step to the left or right. There are no limits to trying.

More and more smartphones also offer a professional mode for their cameras, with which settings such as photosensitivity (ISO), white balance or partly also trigger speed can be made by themselves. This gives the photographer better control over his photos even in difficult lighting conditions, such as artificial light or strong differences in brightness. In addition, the manual setting can achieve certain effects that are not possible in auto mode.

However, the best settings and preparations are of no use if the image is blurred. In the optimal case, the Smartphone has an optical image stabilizer (OIS), which compensates for smaller movements, such as the shaking of the Hand. For shots that require a longer exposure time (e.g. night shots) or for smartphones that do not provide image stabilization, photographers should definitely use a tripod to keep the phone as quiet as possible. The tripod does not have to be a classic rod or stand tripod. Also the support of the mobile phone on a wall, a park bench or other solid surfaces achieves the desired effect. If even such surfaces cannot be found, it helps if to stabilize the smartphone with both hands. 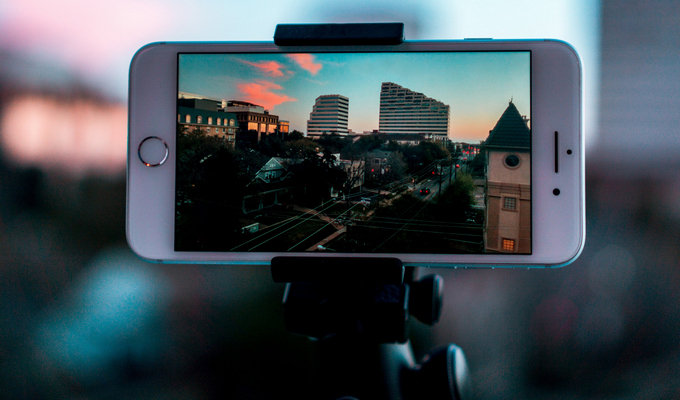 A photo only works if it has depth. For this, photographers should make sure that striking objects in the foreground are combined with something worth seeing in the distance. The distance between the two objects creates the necessary depth effect. The effect is even stronger if the cut objects do not appear too dark.

If desired, photos can be edited directly on the phone or later on the PC to make photos even better.
Many factory-installed camera apps already offer simple editing tools. In the app stores, however, there are also various third-party programs that offer filters, effects and other editing functions.

So, using the above recommendations will help take good photos with phone.